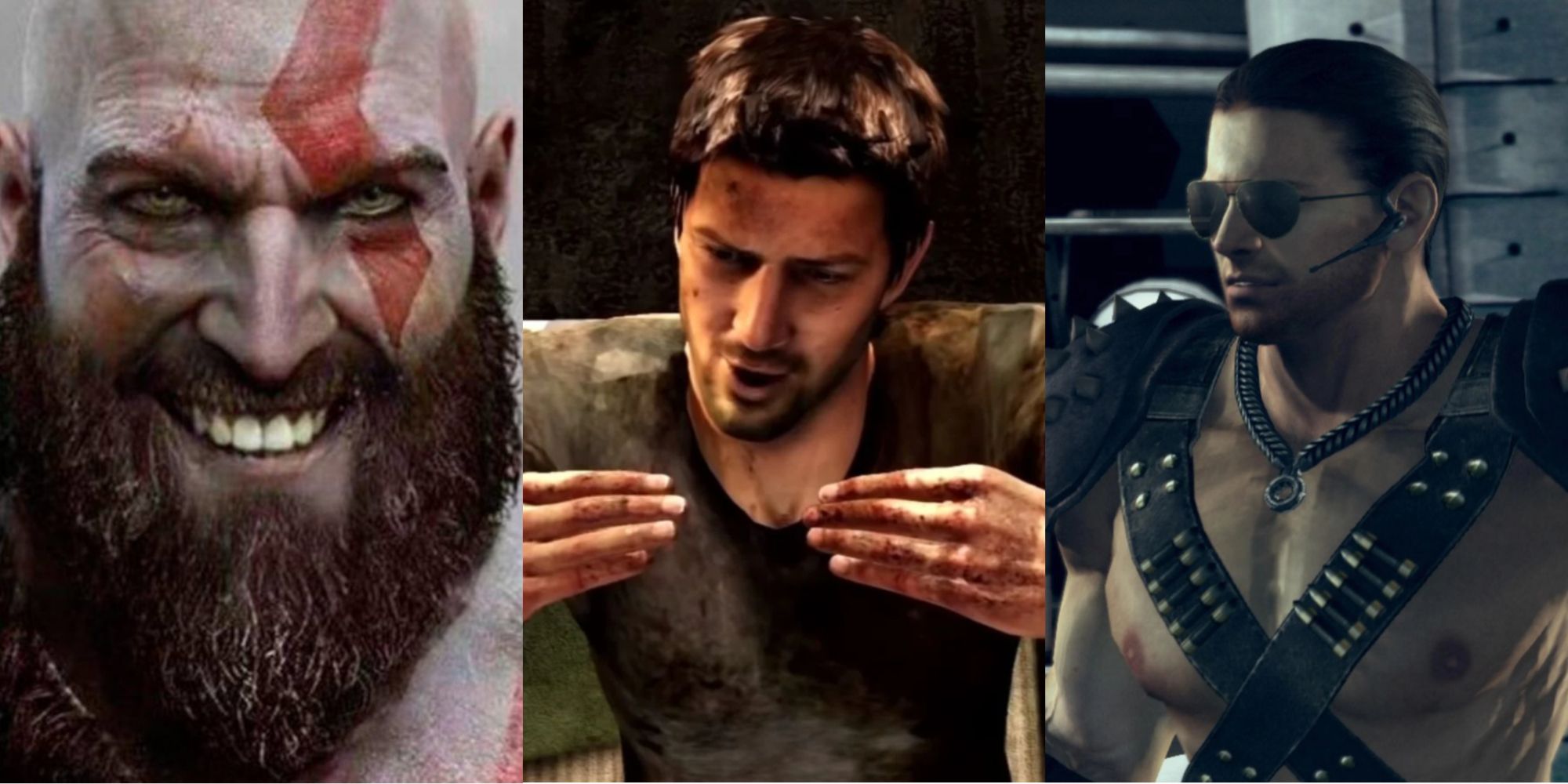 If you could choose who you would be stranded with on an island, you could choose your favorite characters, or even the characters you find most appealing (I’m not here to judge). I like to think of practicality, of those people who will help me out of my predicament with their unique skills.

A big rock blocking your way? Bring in the man, Chris Redfield. Not only will Chris be able to manhandle an entire rock on his own, but he’ll likely be able to locate plenty of well-placed health herbs.

His expertise may be in combat with the undead, but he also has plenty of special forces and military training that would make him a huge asset. With his luck, some form of rescue or evacuation would probably be in no time, making him someone everyone should want.

9 Link – The Legend of Zelda

A few years ago, the argument could have been made that maybe Link wasn’t so useful to have around an island. As of Breath Of The Wild, this argument is pretty much over since Link is a master of nature.

You or I may not be survival experts, but Link is able to turn just about anything he finds into a useful item. Turning common vegetation into tasty meals and even using insects to make handy potions are definitely things everyone would want in a companion.

If someone was trapped on an island with Lara Croft, they would have nothing to do. Lara would probably have a whole camp set up, food on a campfire, and an arsenal of her own weapons before you could even gather a bundle of sticks.

Her survival skills are second to none, so thriving while trapped on an island would be easy with Lara’s help. No matter how dangerous the island is, she’d probably eventually find someone to contact the outside world for help too, so I’d just sit back and let Mrs. Croft take the reins.

Not only would Edward Kenway be a great help when trapped on an island, but he would also likely be a pleasure to talk to. Hearing the tales of a bona fide pirate assassin would probably make the long hours in the sun go by in no time.

Learning some shanty tunes to work on would also be great. There would be nothing to worry about with someone capable like Kenway around, so even if there was the slightest problem it would be handled with ease. The pirate life is absolutely for me.

There’s nothing wrong with having a little old-west daddy energy when you’re trapped on an island. Arthur Morgan could provide that and more. He’s a competent hunter, so there would be a lot to learn, and anyone who’s played Red Dead Redemption 2 knows he can be a party animal.

From doing serious work to drinking all night, every step of the way would be an adventure. I should just stay on his good side, and that would save me from ending up tied up and thrown into the ocean.

Listen to me here. Kratos might be a bit intense, but he’s mellowed a bit over the years. Even if he was at the height of his anger, it’s probably something that would scare me so much that I would do work or just motivate me to work harder.

I’d like to think that being trapped with Kratos would result in some sort of father-son bonding experience, though it would probably be more of an almighty bonding experience with a rage machine and a mortal fool . Also, have you seen his beard?

Nathan Drake would be a great person to get stuck on an island with, for all the obvious reasons. Eager to scale dangerous heights, take leaps no one should ever attempt, and survive things that would kill the average man, Drake is a god among men.

Knowing that there is probably a crew already looking for where they are would be reassuring when thinking about the rescue. I would just avoid riding in any type of vehicle with him. No ships, no trains, no planes and certainly no cars.

Do I have a hidden, deep fear that one day some kind of mythical creature will come out of nowhere and try to take me out? I’m not free to discuss this, but I will say that Geralt would do wonders to make sure this never happened.

Related: Characters Returned From The Dead

He can be a little grumpy at first, but the more you get to know him, the sweeter he can seem. Would I laugh at the unicorn thing? No, because I enjoy my life, but I could see myself as Geralt’s dandelion in an island situation.

First off, it has to be said that Elizabeth would simply be amazing company to have around. His wide range of knowledge and skills would make conversation easy and hobbies plentiful. And while her tear-opening ability might be a little weird, it could come in handy.

The possibilities of what she could do with her tears are seemingly endless. It might not always be a good thing, but it would make life interesting. I just hope I’m not some weird multiverse version of Booker Dewitt.

It would take the luckiest person in the world to get stuck on an island with Minecraft’s very own Steve. His mastery of manipulating the very world around him makes him godlike, especially when trapped on an island.

In an hour, I wouldn’t even be on an island. The whole island would probably have been turned into some sort of fortress of earth and sand. I think it ceases to be considered stuck when you don’t want to leave a sudden life of endless luxury.