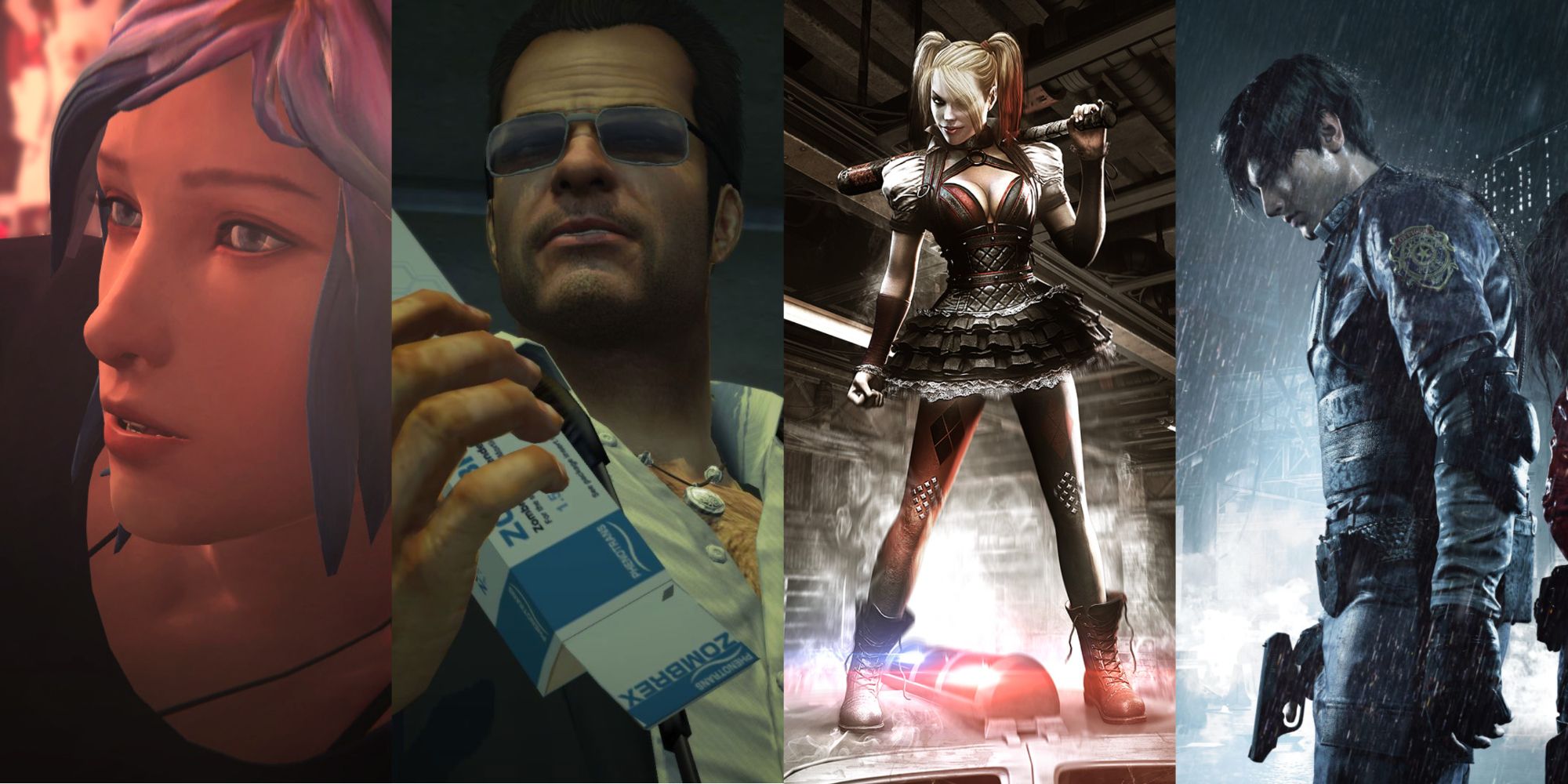 The sound of a character is just as important as its design and abilities. Even the most powerful video game character won’t be taken seriously if they have a voice that doesn’t suit them. This is why voice actors are important when it comes to creating a game. They bring even more life and emotion to the characters they play.

Sometimes the voice actor’s interpretation of a character will be taken so well that it will become synonymous with said character. Thus, many will keep the same voice actors for different titles in the series. However, excluding game titles that have different voice actors when games are translated and localized, game characters are sometimes voiced by more than one person.

Before the storm is a prequel game to life is strange which focuses on Chloe Price, taking place three years before the start of the main game. It shows how Chloe and Rachael Amber meet and their relationship.

Chloe is voiced by Ashly Burch in life is strangebut she did not reprise her role in the main episodes of Before the storm, due to his participation in the SAG-AFTRA strikes. Rhianna DeVries voices Chloe in Before the stormand also directed Chloe’s motion capture performance.

silent Hill is one of the most acclaimed horror video game series, with Silent Hill 2 as a fan favorite. The protagonist is James Sunderland, who travels to Silent Hill after receiving a letter from his dead wife, who tells him to come to their “special place” and find her. In the original game, all characters were both voiced and captured by their voice actors. James’ voice actor was Guy Cihi.

For the 2016 HD collection, all voice actors were replaced and Troy Baker took on the role of James Sunderland. The decision sparked controversy as Guy Cihi spoke out against Konami for not being informed of any re-releases of the game on other consoles and for not being paid residuals for his likeness used in the game.

Azura is a main character in Fire Emblem Fates. She is a princess of Nohr and the hidden land of Valla. Her royal Valla lineage gives her the unique ability to calm down and return Corrin to her human form after losing control. She does this by singing a special song that can perform magical feats when used with her pendant.

In the English version, the song is sung by Azura’s voice actress, Rena Strober, but in Japanese, Azura is voiced by two different people. Her vocals are performed by musical artist Renka, and she is voiced by Lynn during her speaking parts.

The original protagonist of dead risen game series, Frank West is a freelance journalist who finds himself with the story of a lifetime as he finds himself trapped in a mall filled with zombies and dangerous human enemies. In several titles of dead risen series, Ultimate Marvel vs. Capcom 3 and Marvel vs. Capcom: Infinite, the character is voiced by Terence J. Rotolo. For Dead Rising 4however, Frank is voiced by Ty Olsson.

In a Q&A with fans in 2016, dead risen Asset manager Trant Lee-Aimes explains that they wanted to work with someone to create a “grizzier, older version of Frank.” However, during an interview on the Residence of Evil podcast, Terence J. Rolo himself said that he felt he was not called upon to reprise his role as Frank West because he was one of the SAG-AFTRA strikes during game development.

Corrin is the protagonist of Fire Emblem Fates. Like the majority of fire emblem games, players can choose between a male or female avatar as their character. In Fates, players can also customize the avatar of their choice with a few different faces, hairstyles, and even hair colors. They can also choose three different voice options depending on whether they prefer Corrin’s voice to be neutral, mature, or youthful.

Male Corrin has two different options, with Yuri Lowenthal voicing his neutral voice and Cam Clarke voicing both mature and youthful. The female Corrin has three; her neutral voice is by Marcella Lentz-Pope, her mature voice is by Stephanie Lemelin and her youthful voice is by Danielle Judovits. Marcella Lentz-Pope expresses it exclusively in the two Fire Emblem Warriors and Super Smash Bros Ultimatejust like Cam Clarke for the male avatar of Corrin.

fans of Persona 4 are likely familiar with Chie Satonaka, the bold and courageous martial arts enthusiast on the investigation team. Chie joins the protagonist and Yosuke after her best friend Yukiko goes missing, and she travels to the world of television to rescue her. In the original English version of Persona 4Chie was voiced by Tracey Rooney.

However, in persona 4 golden, all other spin-off games, and the anime’s English dub, Chie is voiced by Erin Fitzgerald. Erin Fitzgerald has been the voice of many other notable female characters, such as Junko from Danganronpa. Chie isn’t his only role in the Atlas games, either. She voices Erica du Katherine series, and Futaba’s mother, Wakaba Isshiki, in personas 5.

Many fans consider Wesker to be a central villain in the resident Evil series. His goals are nefarious and he’s a really cold person, but he’s a fan favorite for people who like bad guys.

Harley Quinn is known for more than her association with the Joker, especially in her new portrayals. Her original voice actor, Arleen Sorkin, also voiced her in Batman: Arkham Asylum and DC Universe Online.

Leon Kennedy made his first appearance in Resident Evil 2 as the game’s protagonist, along with Claire Redfield. As the series progressed, Leon’s fans saw him grow from a rookie cop to a skilled and seasoned special agent. They also saw him with different voice actors. In the original version Resident Evil 2he was voiced by Paul Haddad, then voiced by Paul Mercier for Resident Evil 4 and The Dark Side Chronicles.

Exceptions to this are his appearances in Marvel VS Capcom: Infinity and Teppenwho were voiced by Ashly Burch, and puzzle fighter, who was voiced by Shannon Chan Kent. The upcoming game street fighter 6, sees the Chun-Li voice actor baton passed to Jennie Kwan.

How to Avoid Online Gambling Fraud and Scams