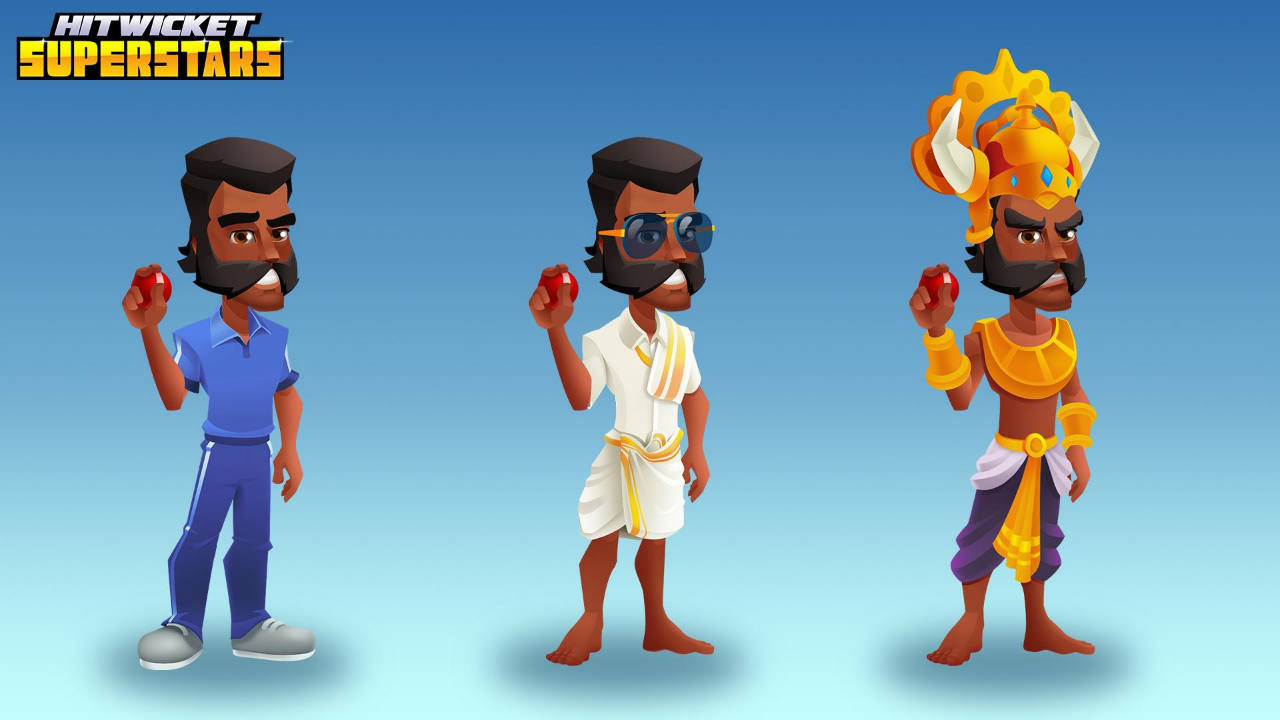 Hitwicket Superstars has announced a new skin for its in-game characters. The skin is called “Ra 1” and is based on Ravana from the Ramayana. This newly introduced exclusive skin will be available for an upcoming character who can be upgraded to level 2 as “Thaillava” and then to level 3 skin for the classic “Ra 1” look. Users can unlock this new character, then upgrade to Ra 1 skin, and destroy the Opposition with his unique DOOM super power.

Hitwicket Superstars – winner of PM Modi’s AatmaNirbhar app innovation challenge – introduced “Ra 1” as a new skin for its in-game characters, based on the powerful character of the Ramayana. In a first for mobile gaming in India, a mythological folklore legend has been natively added to celebrate the Festival of Lights, and our honorable PM’s vision for games inspired by Indian mythology and folklore.

Mythology and folklore have been inseparable in the fabric of society since time immemorial. Global Gaming titles like “Assassin’s Creed” and “God of War” have skillfully woven nuggets of Greek and Arabic folklore into their own narratives, acclaimed around the world and forging a deep connection with fans. Some of the top-grossing mobile games in China and Japan have showcased culturally significant figures by mixing folklore and game mechanics. This unique marriage of culture and mobile gaming has established an enchanting virtual realm in which users resonate and immerse themselves.

Hitwicket Superstars is a multiplayer cricket strategy game, where users are transported to a virtual world. Users can own and manage a superhero cricket team, with each cricketer having a unique super power. The user trains the rookie squad to world-class superstars who can harness the spirit – from batsmen scoring 12 points on a single ball, to bowlers conceding negative runs to the batting side.

For Hitwicket Superstars, with its own magical kingdom of cricket and superpowers, borrowing creative elements from Indian mythology and folklore adds to the richness and depth of the virtual world for users to explore. This newly introduced exclusive skin will be available for an upcoming character who can be upgraded to level 2 as “Thaillava” and then to level 3 skin for the classic “Ra 1” look. Users can unlock this new character, then upgrade to Ra 1 skin, and destroy the Opposition with his unique DOOM super power.

“By marrying this cultural element with the vehicle of the mobile game, we seek not only to add greater value to the experience of our users, but also to represent the richness and diversity of Indian mythology and folklore,” says Kashyap. Reddy, co-founder of Hitwicket. Indian culture – being one of the richest and oldest in known civilization – has a lot to add to popular media, games in particular. With more elements of Indian folklore and myths incorporated into highly accessible forms of entertainment like mobile games, Indian developers and gamers can now rise to the global pedestal and stand out with the uniqueness and depth that make the fame of our culture.