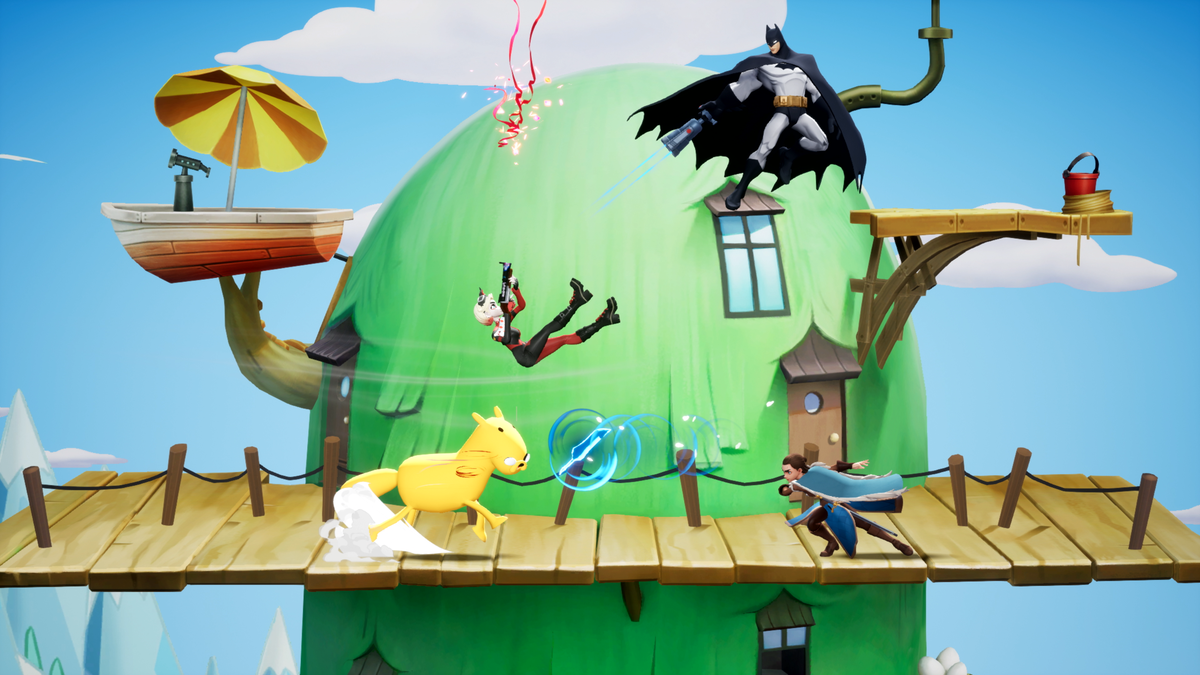 ultiVersus is the new fighting game from Warner Bros that will see Batman take on Shaggy.

The free-to-play platformer will see crossovers from various Warner Bros universes with a diverse cast of characters from Bugs Bunny to Harley Quinn.

Ever wondered how Finn the Human would fare against Wonder Woman? Or if Arya Stark could take on Tom and Jerry?

Maybe not, but MultiVersus will now allow fans of various fandoms to see their characters compete against each other.

Find out everything you need to know about the new multiverse game below.

The following Warner Bros characters will appear in MultiVersus:

Plus, there are more characters to come, as the developers revealed that LeBron James from Space Jam: A New Legacy and Rick and Morty from will soon be joining the game.

The MultiVersus Public Open Beta kicked off on Tuesday, July 26, giving players their first chance to play the long-awaited game.

The developers will continue to add new characters and maps during the beta, and no end date for the beta has been set yet.

MultiVersus is free to download and will be available on PlayStation 4, PlayStation 5, Windows PC, Xbox One, and Xbox Series X. It will also have cross-platform functionality on all platforms.

How to get MultiVersus

The MultiVersus open beta will be free to download from your gaming platform of choice, and there will be optional in-game purchases.