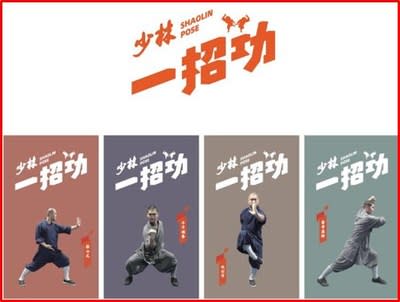 ZHENGZHOU, China, February 6, 2022 /CNW/ — In December 2021, the online games were jointly launched by the Shaolin Temple and Shaolin Cultural Centers on five continents. More than 5,000 kung fu enthusiasts of all ages from over 100 countries submitted their entry forms. Shaolin kung fu is once again triggering a worldwide craze.

“Health is the foundation of a perfect life and the source of people’s common values.” Shi Yongxin, Abbot of Shaolin Temple said in his New Year’s message, “Kung fu makes us united, more inclusive and open.”

Characterized by universality, Shaolin kung fu is a perfect exercise for people aged 3 to 80 years old. Online games have received registrations from many families.

“The Kung Fu competition is not just about skill, but also an expression of cultural heritage and a demonstration of the spirit of the tiger in the Chinese Year of the Tiger,” said Abbot Shi Yongxin, who praised the exceptional performance of competitors around the world.

The online competition not only received broad support from governments and businesses, but also received foreign media coverage.

Austrian Ambassador to ChinaAndreas Riecken sent a letter of congratulations to Father Shi Yongxin on January 28. The Ambassador praised the competition, “Shaolin Kung Fu online games help promote mutual understanding between Chinese culture and other cultures around the world through Shaolin kung fu. The Ambassador also wished the contest every success at the end of the letter.

The Italian television channel Rai 2 produced a report on the competition, presenting in detail Shaolin kung fu and the gift of the Temple to Italy during the COVID-19 pandemic. Local competitors also expressed their love for Shaolin kung fu in the report.

The result will be announced on February 15. An awards ceremony will take place and will be broadcast to the public via a live broadcast.