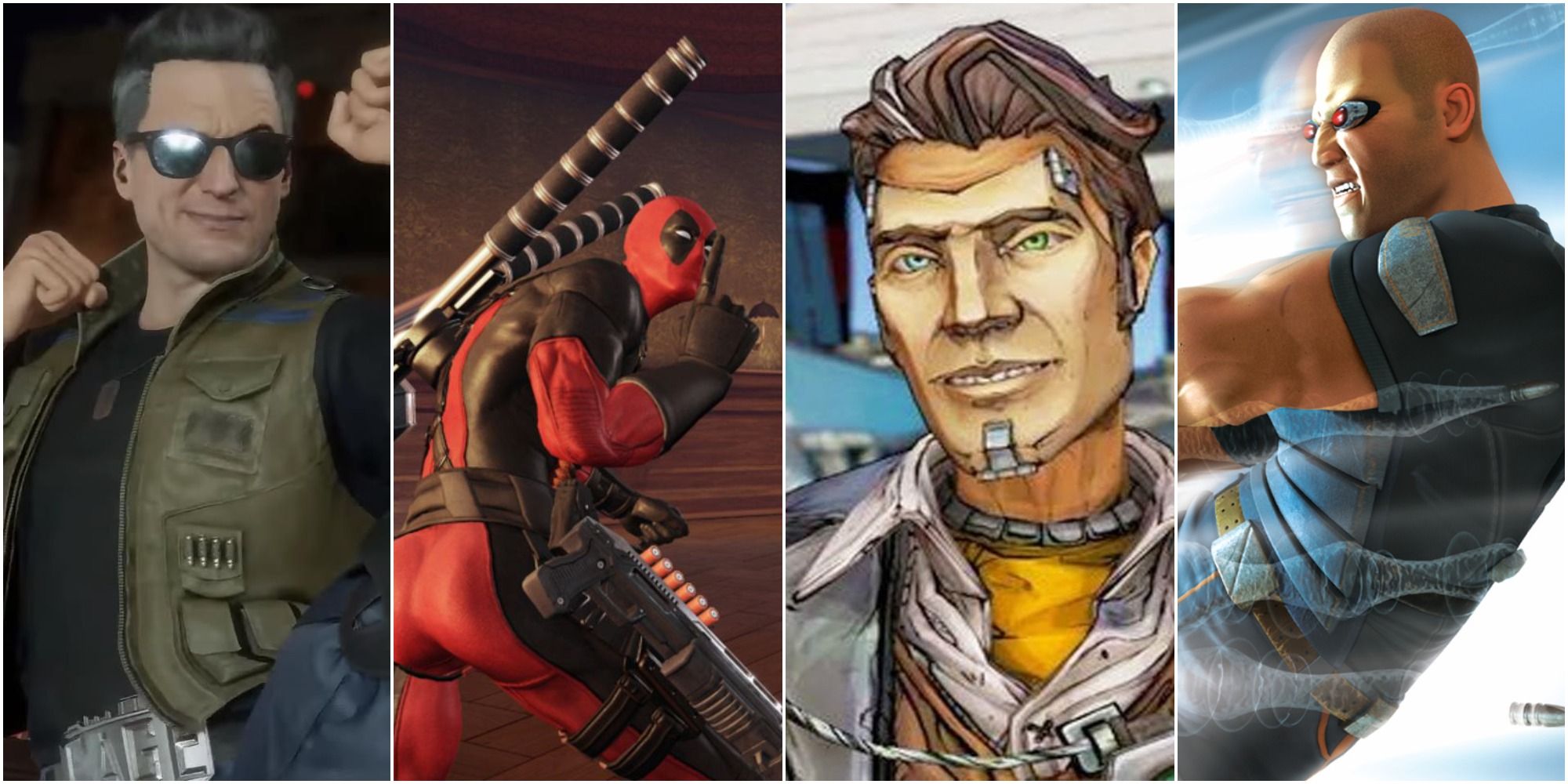 Video games have come so far over the years that it can be hard to remember that at one point they were just a bunch of squares on a screen. Games these days can make just about any gamer feel a whole range of emotions from sadness to laughter.

For many years, video games have been a big source of laughter, and it’s all thanks to some of these hilarious characters. Everyone has their favorites, but here are some of the funniest.

The TimeSplitters series is an excellent sci-fi first-person shooter that typically revolves around the adventures of Sergeant Cortez as he shields the universe from threats that seek to alter the fabric of time. A setup like this might sound pretty serious, but Cortez is a laughing riot.

Undertale is one of the greatest indie games of all time. The brilliantly crafted RPG uses a number of unique features in order to tell a familiar story with many notable characters. The entire game is also jam-packed with jokes.

The ever-puny Sans is one of the game’s many non-playable stars. Just about every scene Sans appears in is bound to make gamers laugh. All self-proclaimed word game masters will find some kind of kinship with Sans, and it seems there are many of them given his popularity.

No list of funny characters is complete without a mention of the now iconic antihero Deadpool. While his leap into video games began in 2013 with the eponymous beat-em-up Deadpool, fans haven’t forgotten how much fun the game is.

Any fan of the character knows exactly what to expect when Deadpool is around. The game features plenty of hilarious fourth wall breaks, pop culture references, and a collection of scenes that might be something fans never thought they would see. Few things beat Deadpool slapping Wolverine over and over again.

The Borderlands series has managed to cement its place among the greatest games of all time while creating some of the greatest characters of all time. Claptrap might not be a character to suit everyone’s comedic tastes, but even players who don’t like the robot will find it hard not to laugh at his antics.

The upbeat, endearing robot is featured in dozens of missions, from side quests to the main campaign, and its inclusion only serves to make them all the more enjoyable.

Fans of puzzle games generally agree that the Portal series is one of the best options for gamers of all skill levels. The tight gameplay is one thing, but its unique characters are a whole different beast.

The hilariously devious robot Glados spends the games tormenting the player as he makes his way through the test facilities. Glados does everything from lying to the player, to blatantly saying exactly what she thinks, but almost everything she says is totally hilarious. Things only get better when it’s stuck in a potato.

The ever-bloody Mortal Kombat franchise may be the last place players expect to find pieces of comedy, but that never stopped the development team from giving away moments to make gamers laugh. Arrogant movie star Johnny Cage has been a source of laughter for the serious series for the past few years.

Even though Johnny has apparently matured over the last couple of entries, that never stopped him from making some great jokes. From the constantly referenced Ninja Mime series to Cage’s Nutcracker Attack, there’s a lot to enjoy about Johnny.

While the Duke Nukem series has had its fair share of issues, it’s hard to deny how funny Duke is. Duke’s brand of jokes could best be described as a bit more youthful than other games, it’s clear that there is an audience for this type of laughter.

Many fans of the show agree that Duke’s one-liners are where the character thrives, but the insanely crass situations he finds himself in only adds to his joke potential. While toilet humor isn’t necessarily for everyone, Duke is far from the worst offender.

The Saint’s Row series turned silly ideas that wouldn’t work in most games into some of the best, funniest games players can find. As the series continued, the plots got bigger and bigger.

Related: ‘A Delayed Game’ Memes Too Funny For Words

Seeing the player-controlled character lead a gang, fight a professional wrestler, become president, and wage war against aliens has been a joy for gamers all over the world. The jokes that come not only from the situations but also from the jokes between the characters are some of the best of their kind.

There was a time when video games rarely focused on telling a humorous story. The iconic cult Conker’s Bad Fur Day is an older game that put a serious emphasis on humor in its weird world.

While Bad Fur Day is memorable for a variety of reasons, one of the biggest and most fragrant reasons comes from The Great Mighty Poo. A Boss’s Opera Mud Monster is one of the strangest and funniest characters the game has ever seen. It helps that the song is incredibly catchy.

Handsome Jack is a character who fits into many roles. He’s acted as a playable character in the Borderlands franchise, a game’s main villain, a dad, and he’s hilarious as well.

It’s hard to imagine how much different Borderlands 2 would feel if the player wasn’t constantly grappling with Jack’s various taunts and jokes. Whether he takes the time to laugh at you in tense fights, or just verifies he was the real hero, Jack is easily one of the funniest and most iconic villains in video game history. .

Next: Adult Jokes You Never Notice In Nintendo Games

I’m sorry but Brock would be totally canceled in 2021

Your dryer won’t protect you from the wrath of societal cancellation, Brock.

Cameron Miller is a writer with over five years of creative writing experience – both personally and for clients around the world. To date, has written four complete novels ranging from 49,000 words for the low end to 99,000 words for the high end. Cameron is deeply involved in everyday pop culture and what he affectionately calls nerd culture.