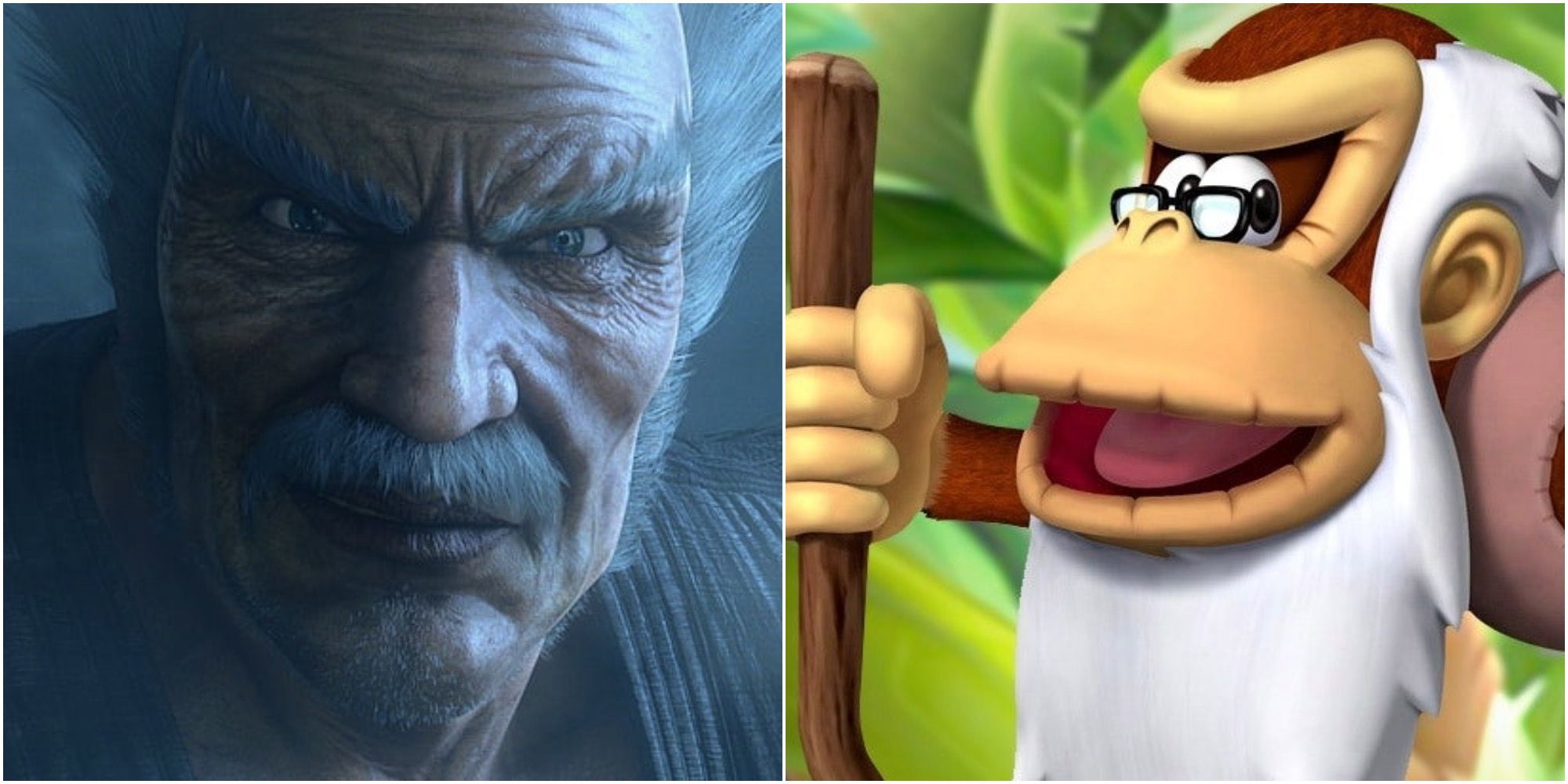 Often in video games, characters are defined by their relationships. This is only accentuated by family relationships with these NPC (or sometimes playable) characters, especially when it comes to parents and grandparents. These older, wiser people are sometimes seen asking characters to do their tasks (which are often miniscule compared to saving the world), but more often as guardians of a kind who offer very helpful advice.

Some characters aren’t strictly grandparents, and certainly not the most helpful and loving ones. Nonetheless, they can act as wise seniors who pass on the wisdom of decades of unique experience, while providing invaluable life insights and emotional or moral support.

When it comes to the Tekken series, there are no villainous forces as big as the Heihachi Mishima complex. Especially considering that for much of the fighting game franchise he attempted to secure the Devil Gene by murdering much of his family (as seen in his outlandish fantasy ending sequence in Tekken 5).

However, inasmuch as Heihachi acts as the driving force behind main protagonist (and grandson) Jin Kazama’s journey, one could almost say that Heihachi is a necessary evil. When considering his backstory as well as his fate, it’s almost impossible not to feel some degree of sympathy for the aged fighter.

Kingdom Hearts was created by series creator Tetsuya Nomura in an effort to merge Disney and Square Enix properties in a special way. However, underneath lies a very complex message regarding matters of the heart, as well as a deep story about the ancient Keyblade War in which light was opposed to darkness.

Originally introduced to audiences halfway through the first Kingdom Hearts game, Kairi’s grandmother is the original storyteller for this story. Although she has only appeared in a few titles in the series (mainly in Kingdom Hearts: Birth By Sleep), her identity remains an enigma; a character that many believe will be of utmost importance in the games to come.

Often in pop culture, grandparents are viewed as overprotective yet gentle elderly people who act as the moral backbone of the main character(s). Although technically not his grandparent, Toadsworth’s very gentle and fatherly handling of Princess Peach within the Super Mario franchise as his elderly steward (as well as his supervision of the other Toads) can only be described as a grandfather.

Plus, Toadsworth is usually found along Mario and Luigi’s journeys, constantly blaming them – or more often himself – whenever Princess Peach is kidnapped (which happens on a regular basis). It is at the same time comical, endearing and moving.

When players first encounter Edward Kenway in Assassin’s Creed 4: Black Flag, he is far from the character he will become in the game’s epilogue. , being rather an irresponsible hothead. In due time, however, he matures, learns to stop getting in his own way, and realizes his full potential. This happens after he learns that he is a father and realizes that he has alienated everyone who was once by his side. Following this, Edward establishes himself as co-leader of the British Assassin’s Brotherhood and eventually becomes a Master Assassin.

From there, Edward acts much more fatherly and passive while trying to extend the reach of the Assassins, while keeping the evil Templars at bay. Although his son Haytham ironically becomes a member of the Templars, his grandson Ratonhnhaké:ton/Connor Kenway returns his surname to its former glory later in the series by joining the Brotherhood of Assassins. Suffice to say that the apple does not fall far from the tree.

Yakuza began as a series of beat-em-up games in 2005. However, over the years, what started out as a rather intense third-person experience has blossomed into a deep story rooted in both the violence and the family. So it’s only fitting that rogue enforcer Kiryu Kazuma is suddenly forced to become a grandfather in Yakuza 6: Song of Life, when his adopted daughter Haruka shows up with her newborn son Haruto.

However, the real intrigue comes as Kazuma temporarily drops his supervisory duties to engage in street fights with rival gang members, then quickly turns back into a nice old man. Nothing shows the unique flavor of the Yakuza series like an elderly Japanese gang member basically saying “I’m getting too old for this” after fighting off a street gang with a bicycle.

In Sucker Punch’s Ghost of Tsushima, players assume the role of samurai Jin Sakai as they fight off an impending Mongol invasion (one of the game’s historically accurate details). Along the way, players can get to know certain secondary characters a little more intimately by completing several side quests). Among these are Tales from Tsushima, which includes the story of Yuriko, Jin’s elderly caretaker who is the only real “family” he has left (besides his uncle). Yuriko also acts as Jin’s last link to his two deceased parents and his life before the Mongol invasion.

However, much more than that, Yuriko acts as a beacon of sorts, allowing her to toe the line between samurai and Ghost. After all, she herself is kind but understands that desperate times call for desperate measures. She teaches Jin that it’s possible to stay true to your beliefs at the same time.

Some fans might not know it, but Cranky Kong is, canonically speaking, the original Donkey Kong from the 1981 arcade game and the patriarch of the Kong family. The cantankerous grandfather of modern Donkey Kong can often be found reluctantly (but lovingly) watching the rest of the family while imparting life lessons in his own way.

However, its true usefulness comes from its ability to help the Kong family use magic to aid them in their adventures with their many animal friends, as well as offering plenty of helpful advice along the way. He’s even been known to throw himself back into the fray, as one of the main playable characters in Donkey Kong Country: Tropical Freeze. In this title, his moveset is a necessary and often useful tool.

10 Best Parents In The Game, Ranked

First of all; Let the record show that Sam is actually rather unbiased towards green eggs and ham. Sam Gambitsky IS, however, an aspiring journalist in his thirties who recently earned a bachelor’s degree in the field as well as a minor in communications from the University of Albany. Before that, he had explored a career focused on graphic design in which he had an associate’s degree. Yet over time, Sam felt dissatisfied and decided to go back to school to pursue his true dream; writing and doing media. Sam currently lives in upstate New York with his girlfriend and their two cats, Zoey and Luna. However, he dreams of moving to a place much closer to the ocean and having many other career opportunities in his field. He enjoys watching movies, watching TV, eating good food, and of course playing LOTS of video games.